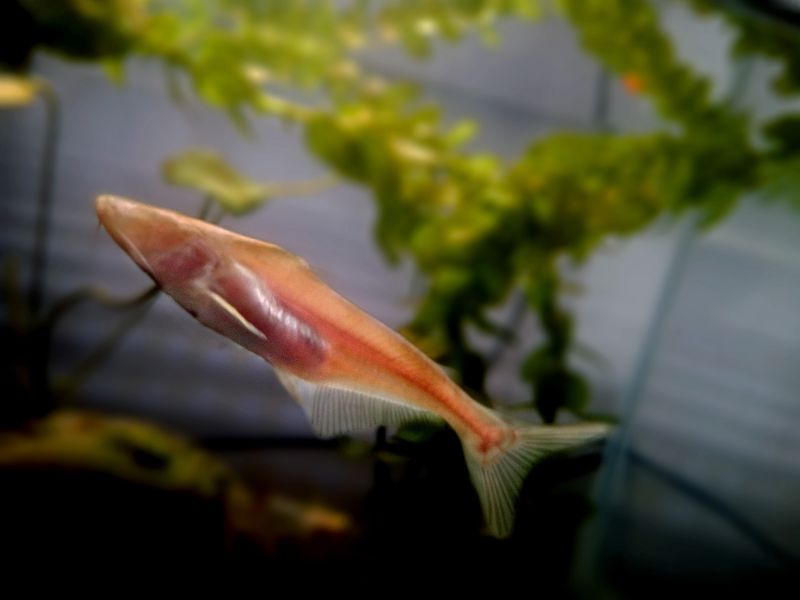 This fish was bought in a pet shop somewhere in Malaysia. Two individuals were kept as pets until both became ill and then died. Neither were preserved. Enquiries with the pet shop made no progress in finding out where the fishes came from originally except that it was somewhere in Malaysia. The fish is clearly very troglomorphic, it is very depigmented (see below) and there is no sign of the eye sockets at all. We are attempting to find out if any more is known and will report if anything is found out. Thanks to Andy Gluesenkamp for this information.

Original photograph by Wee Shu Yuan, used with permission. Image edited and considerably improved by Jerry Woodridge. (Click the image to enlarge and see another image below)

This species is not described and there are no types.

Details unknown. The Malay Peninsula has 445 individual limestone hills (Liew et al. 2016), all of which could potentially have caves in them. The hills are in three principle clusters with a number of outliers.

It is thought, from the overall body shape and appearance, (see Nelson, Grande and Wilson 2016:219) that this is a member of the Siluriformes and in the Family Pangasiidae, though this remains to be confirmed if other specimens are found (Andy Gluesenkamp and Dante Fenolio personal communication to Graham Proudlove).

Within the Family are four genera and this fish is probably in the genus Pangasius based on having 6 pelvic fins rays ( Rudhy Gustiano pers. comm.  March 2021). It is tentatively placed in that genus as an undescribed species. The genus has about 24 described species with only four of them (Pangasius nasutus, Pangasius polyuranodon, Helicophagus waandersii and Pseudolais micronemus) recorded from the Malay Peninsula (Baharuddin 2016, Baharuddin et al. 2014).

Limestone hills of the Malaysian peninsula

Shape file for limestone hills of the Malaysian peninsula 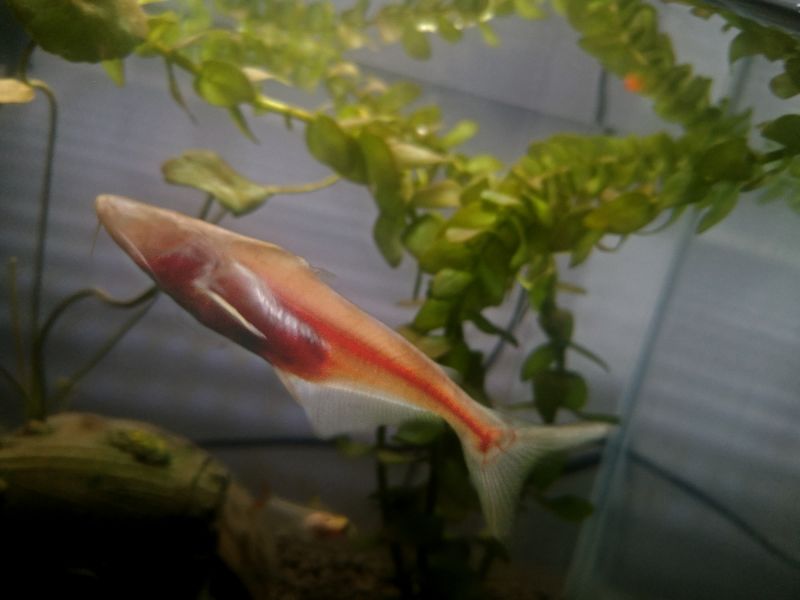 Another improved image. Note especially the spine and guts visible through the body wall demonstrating the extreme degree of depigmentation in this fish. Credits as above. 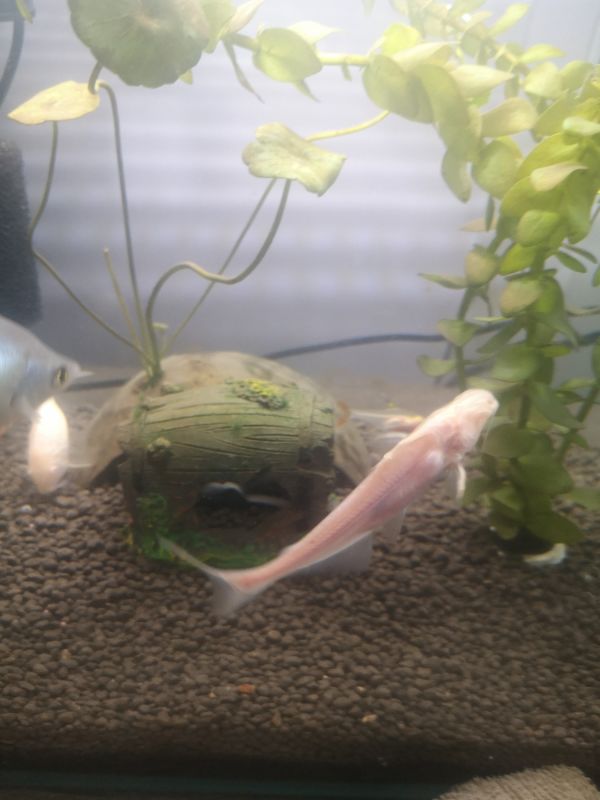