Drawing by Rhian Kendall from a photograph in Roberts (1991)

The type locality is a stream sink which suffers major flooding during the rainy season. The large population size suggests that plenty of allochthonous food supplies reach the cave.

The genus Barbus is restricted to Europe, north west Africa and Asia as far as the Tigris-Euphrates basin so this species is certainly not a Barbus. Kottelat and Brehier (1999) consider that it should be placed in Poropuntius. Roberts (pers. comm. and in prep.) would also now place it in Poropuntius.

(Vidthayanon, C. 2011. Poropuntius speleops. The IUCN Red List of Threatened Species 2011: http://dx.doi.org/10.2305/IUCN.UK.2011-1.RLTS.T18909A8678733.en. Downloaded on 04 July 2017). The species is endemic to the Phatewada cave in Phu Khiew Wildlife Sanctuary, Thailand. It is restricted to a single underground stream system. The population has been impacted by occasional collection for food and, to a lesser extent, for the aquarium trade, thought the population is considered stable at present. It is assessed as Vulnerable (D2) as it is present at a single location and impacted by harvest and potential pollution from agriculture, although the cave system is located with a Wildlife Sanctuary. 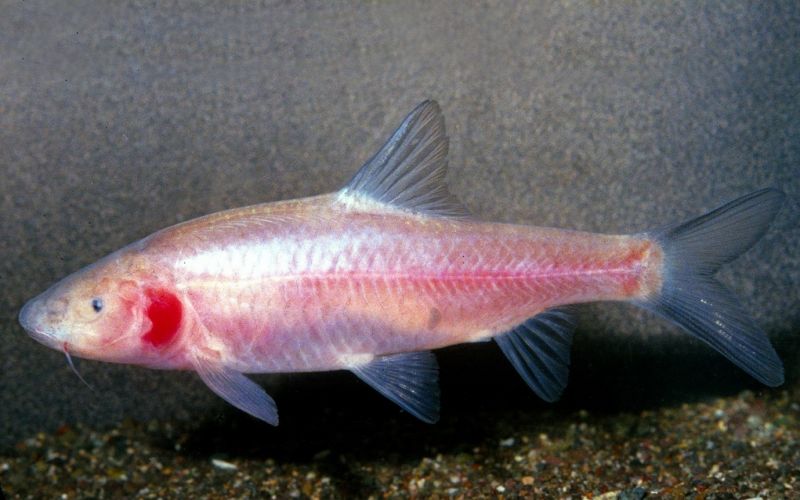