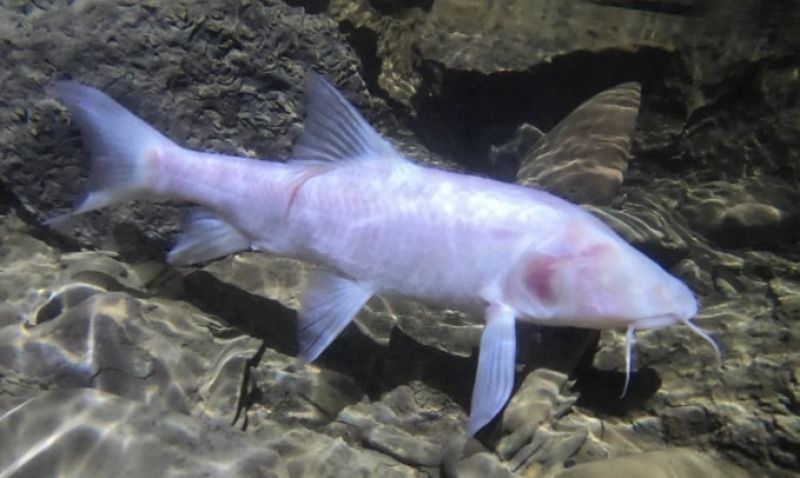 In February 2019 an international team of cave explorers encountered a new species of cave fish in northeast India.

The team were participating in the most recent expedition of the ‘Caving in the Abode of the Clouds Project’. This project consists of a long running series of expeditions that have been exploring and mapping Meghalayan caves since 1992. The team includes cave exploration experts from around the world and works in close association with the Shillong-based ‘Meghalayan Adventurers Association’ (led by Brian Kharpran-Daly).

In 2019 the expedition team were searching for caves in a remote and densely forested area of the Jaintia Hills, Meghalaya. Several caves were mapped in this area including the one which contained the fish. Although the cave entrance is well known to the local inhabitants access to the inner parts of the cave requires specialist vertical caving techniques. The exploration of the cave revealed a sequence of entrance shafts that descend vertically for over 100 m.

Below the vertical entrance there are an extensive series of large horizontal passages with numerous pools and streamways. The cave clearly floods dramatically during the rainy months as patches of forest vegetation deposited by flood waters were seen deep within the cave system.

The fish is without doubt a new species and it appears to be the largest known cave fish in the world. A specimen is currently under examination by Meghalayan biologists who are working to characterise and name the new species.

About 250 species of subterranean fish are known worldwide. The vast majority of these species are relatively small, being typically less than15 cm in length. There are a few larger species including some long, thin-bodied ‘eels’ that reach 35 cm in length. The new species exceeds 40 cm in length and is also considerably more bulky and heavily built than the cave eels.

Subterranean fish typically lack pigmentation and are white or pinkish in colour. Their eyes are typically reduced in size or entirely absent. These features are very obvious in the new species. The smaller juveniles had small sunken eyes but eyes were almost entirely absent in the larger adult fish.

The fish were very numerous within the cave and were noted in almost all of the larger pools of water seen. From the numbers seen it would seem likely that the total population would number in the hundreds.

They are a type of carp (Cyprinidae). Some species within this group are very long-lived and it is possible that the larger individuals of the new species may be many decades old.

The fish showed no fear of humans and came to investigate when boots or hands were placed within the pools.

Like many cave animals, the ability of the fish to move into new areas tends to be constrained by the layout of the caves in which they live. In some cases the entire world population of a species may be restricted to a single cave system. If that is the case with this fish it would make the species extremely vulnerable even to very localised impacts that might be associated with changing land use, pollution or harvesting.

See example images below. These can be provided at higher resolution. Further images and GoPro video footage are also available

Video footage of the fishes in their natural habitat. (Video by Uros Aksamovic, edited by Mark Tringham) 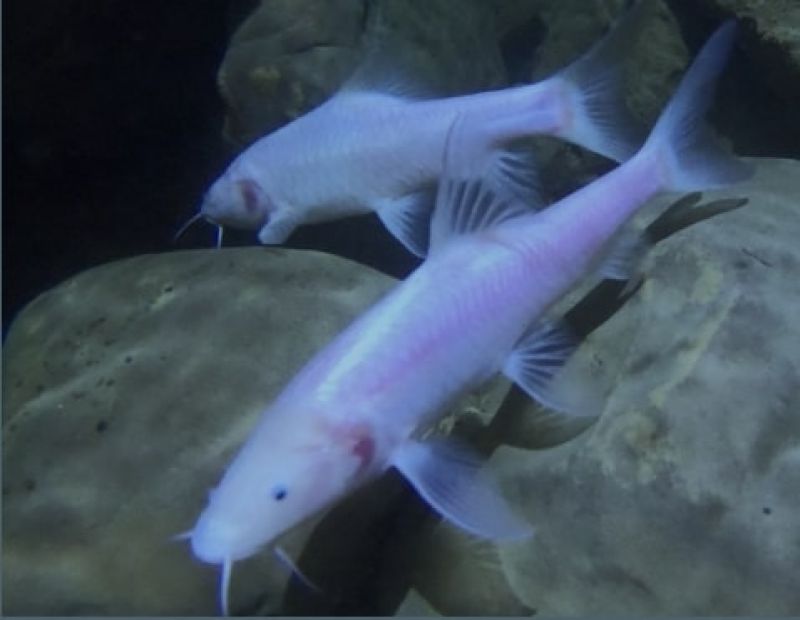 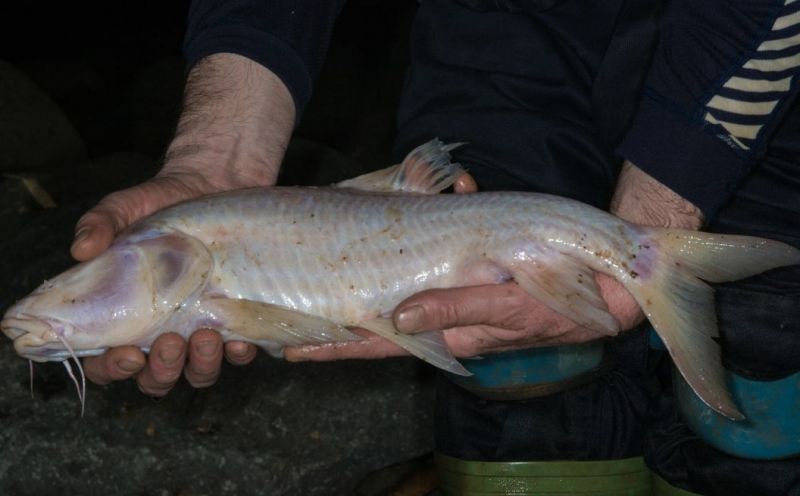 Adult cavefish from Meghalaya. Note the size and bulk of the fish and the absence of eyes