Redrawn by Rhian Kendall from Banister (1987)

Known only from the type-locality: a "sink-hole" (= vertical limestone shaft) at Tawi Atair in the Jabal Qara (or Jabal Samhan) Mountains, Dhofar, Oman (17o06'N, 54o34'E). This is 600 km from the nearest population of primary freshwater fishes.

The only known population of G. dunsirei is so isolated from its congeners and any other freshwater fishes that its relationships cannot be ascertained (Banister 1987). This situation is exacerbated by the fact that the paleohydrology of the area in which it is found is not known. As a member of the genus Garra it is included in the laebein lineage of the subfamily Cyprininae (Howes 1991). Lyon, Geiger and Freyhof (2016) described Garra sindhi from the same province as G. dunsirei and suggested that dunsirei, smartae and sindhi are closely related. This suggests a possibility that dunsirei may be evolved from one of the other two species, or, more likely, that all three share a common ancestor. 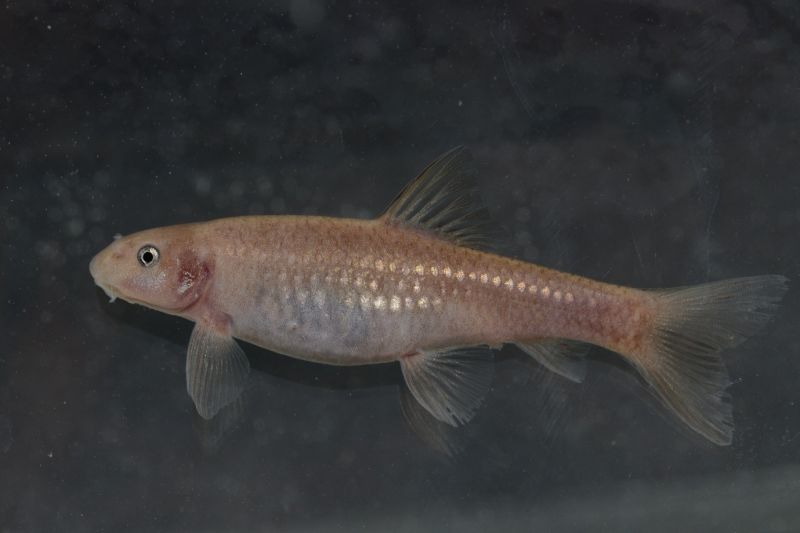