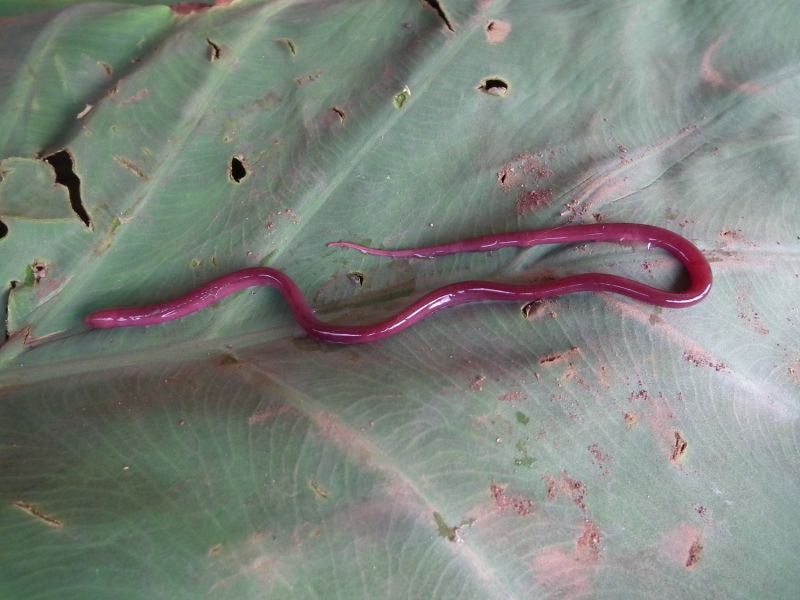 Dug up from sandy soil in farmland with banana and cocoyam crops and tree ferns and palm treesCameroon: Mundame, along river Mungo, near Kumba (4°33' N 9°31' E).

The original description (Britz et al. 2016) has the following description: "All of the 2009, 2010 and 2013 specimens of M. luticolus were encountered during attempts to collect caecilian amphibians. They were dug from moist to wet soil (~ 0.3 m), usually inundated by the neighbouring water body. All these sites were immediately adjacent to both lotic and lentic aquatic habitats

Traditionally subterranean biologists have not considered the soil fauna as part of the subterranean realm and they have not studied it. However there are a number of similarities of habitat, especially darkness but also confined space analagous to interstitial habitats, and of evolutionary trajectories such as reduction in eyes and pigment and in body size (Culver and Pipan 2014:128-141). This species and Monopterus rongsaw are the only known soil dwelling fishes but there are 35 known species which inhabit the interstitial subterranean environment which is in many ways analagous. Both are shallow, dark and space limited (Culver and Pipan 2014:106-127) and if the two Monopterus species are compared morphologicall to the most exteme interstitial species many similarities can be noted. [See also Culver and Pipan (2008) and Pipan and Culver (2012) for discussions of shallow (or superficial) subterranean habiitats, SSHs].