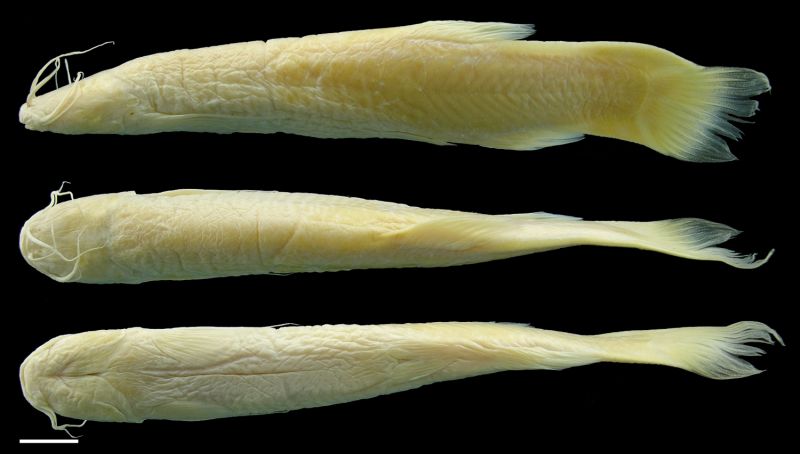 Trichomycterus spectrum is very troglomorphic. Three views of one of the paratypes. Photo by Carlos DoNascimiento

Known only from the type locality: Alejo cave which drains to Arroyo Los Pozones, a tributary of the río Ranchería basin, which empties into the Caribbean Sea, in the northeastern coast of Colombia.

Florez et al. (2020) made a very thorough study of both epigean and hypogean Trichomycterus in the Province of Santander, Colombia. They were keen to understand whether the hypogean populations were derived from a single colonisation, evolution of troglomorphy and then dispersal to the known cave sites, or whether there had been multiple parallel colonisations followed by independent evolution of troglomorphy. Their data were quite clear that it was the second of these possibilities that had occurred and that some cave populations are very closely related to epigean ones.