Redrawn by Rhian Kendall from Hora (1924)

A detailed description with survey is provided by Brooks and Smart (1995). The fauna inhabiting the cave is described by Harries et al. (2020).

Listed as Noemacheilus Mesonoemacheilus sijuensis on the plate caption in Menon (1987). It is not certain that the epigean specimens collected in Pathar Syllang Stream, some distance from the type locality, are in fact this species.

Volume 26 (1924) of the Records of the Indian Museum is devoted to papers on the fauna of Siju Cave. Despite its age this is certainly an important source for the animals sharing the cave with Schistura sijuensis. After this the most important source is Harries et al. (2020). 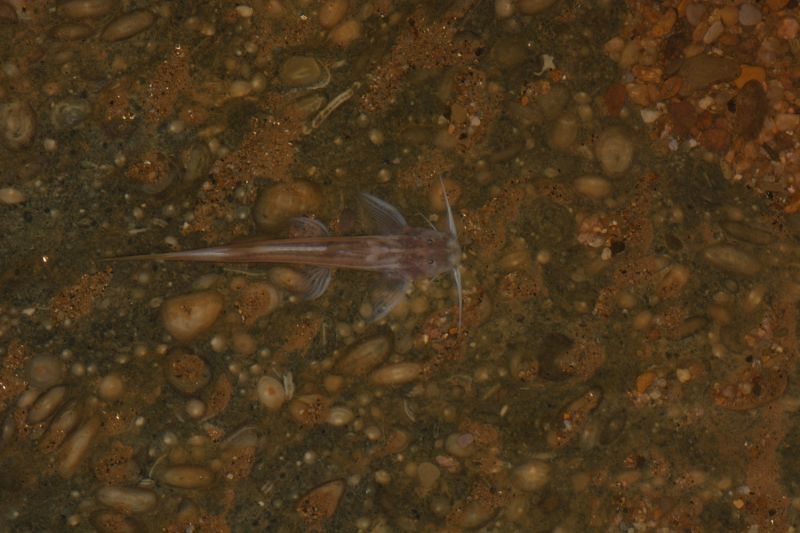 Not Scistura sijuensis. This is a Glyptothorax species 180m inside Siju Cave, photo by Dan Harries February 2019. This genus is common in the caves of Meghalaya